For a few years now, I plan to install a “123 Ignition” electronic ignition system, on my SM(s). This is the only system I know that allows to get rid of the original distributor and its approximate performance (at least because of its age), with a self-contained design (discreet installation, no external electronic box) and that can be installed on a fuel injection SM (this ignition gives the right signal to the fuel injection computer).

Unfortunately this system is officially unavailable for about two years, apparently because of reliability issues. But a few SM owners I know are very happy with this system, they say that it transformed their car. So for a while now, I tell to people around me that I’m searching for one or two of these ignition systems. During summer 2009, Marcel, SM owner and big specialist, tells me that he knows a german supplier that could be able to sell a few ignitions. Eventually, during summer 2010, we set this up and he picks up one ignition system during one of its usual trips to Europe. Thank you very much Marcel for the information and for your great help.

Once the ignition system in hands, I preferred to wait for my garage to be available, after I sent my other SM to the body shop. It was done during August 2010 and it was the right moment because during an event in the end of July I experienced serious ignition problems. That day, I was expecting a sudden stop all along the 200 kilometers trip because I experienced severe ignition troubles. 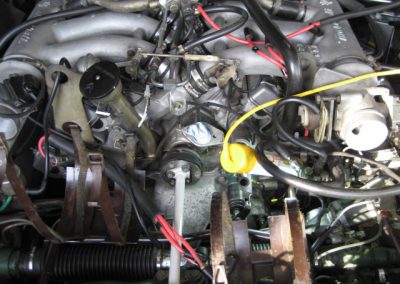 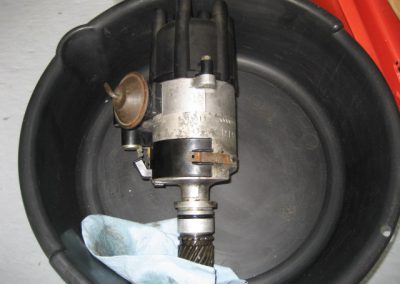 Here is the distributor, which did a pretty good job until now 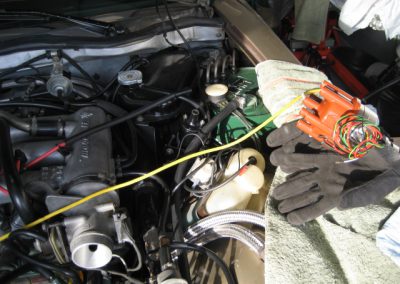 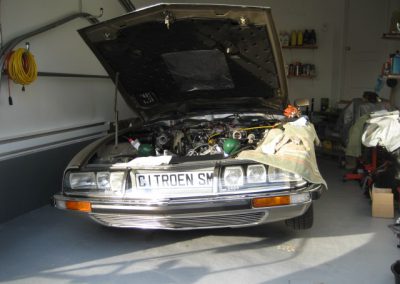 To set the engine at TDC on cylinder 1, I raise one wheel and I turn it with the fifth gear engaged 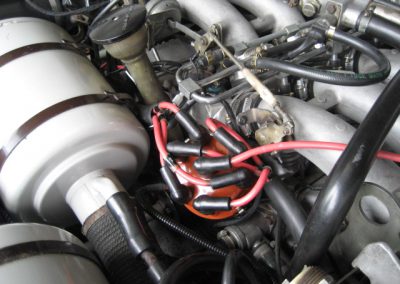 Here is the distributor installed, set and wired 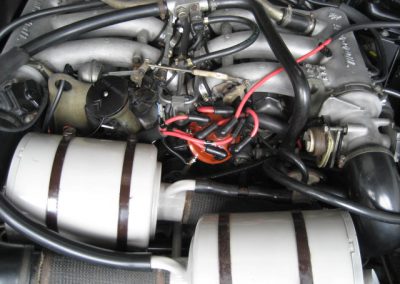 This setup is not much different from the original one, except of course the color of the distributor cap 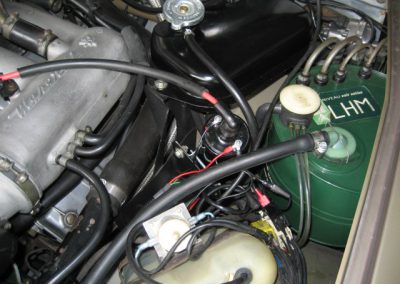 Only one coil now, this is obviously visible, but that’s no big deal 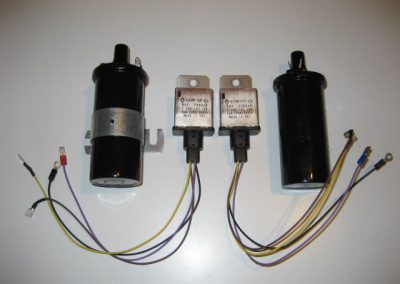 I don’t use the Cartier modules but I’ll keep them, they will certainly be useful for a future other car 😉

I’ve been told that there are two “problems” with this ignition system:
– Numerous non-professionals like me who did the installation themselves made the mistake of keeping the rev counter connection wires on the coil. This is now the distributor that provides the rev counter signal, so it must not go through the coil any more, a direct connection must be made between the distributor (green) wire and the rev counter one. This is not an issue of the ignition system but an installation issue, which unfortunately caused a significant number of distributor failures
– The reliability issue that we hear about with this system is said to be an overheating problem experienced after a long drive at high-speed. It could explain why a lot of users are very happy with this system, because they simply don’t use their car in such conditions. I don’t use my car in such condition for sure, so I hope I won’t experience this issue.