Starting this car has always been quite tricky. Since I use it on a more regular basis, I’m more successful, but I noticed a few times that the starter motor used so much current that the ignition was poor and some times the engine seems to fire correctly only when I stop using the starter. So, hoping to get better starts and to improve reliability, I install an electronic ignition system from 123Ignition, which is a complete distributor, without any external circuit, so efficient but discreet. 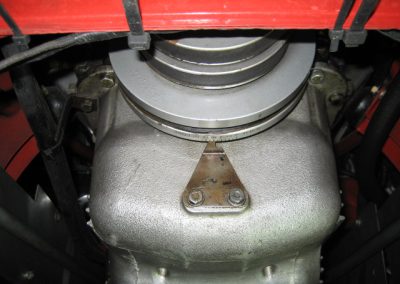 I start by searching for the timing scale under the car 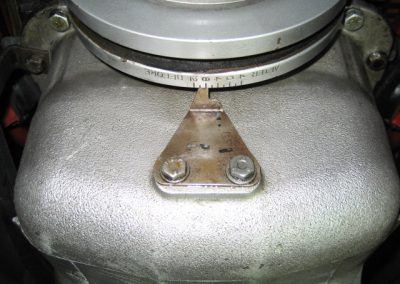 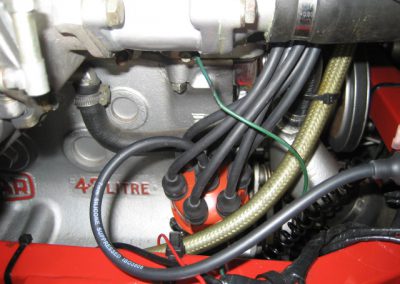 Then installing the distributor is very easy and setting it to the right point is also easy, using the integrated LED indicator 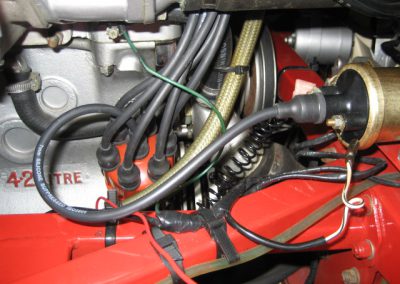 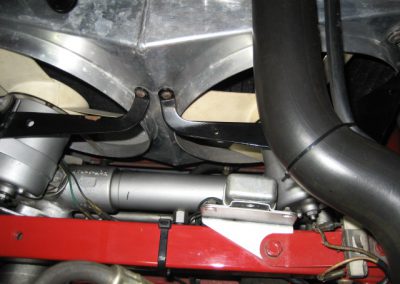 So I searched another power source, on a rely controlling the cooling fans 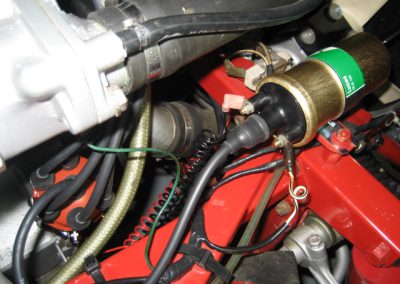 And this way everything works, including the rev counter

The distributor allows choosing between several advance curves, but the installation manual doesn’t say which curve goes with which car type. So I searched on the Internet and I found some helpful forum posts with which I made my choice. The problem is that I completely forgot which curve I choused 😉 To check for the selected curve, the distributor has to be removed, so I’ll go and see only if this selection has to be changed.

I drove the car only a few kilometers since this installation but starting the car seems easier now. Once started, the engine worked already very well so I perhaps won’t see so much improvements, but if I have better starts, that’s already a lot. I’ll have to confirm these first impressions after a few hundreds kilometers.