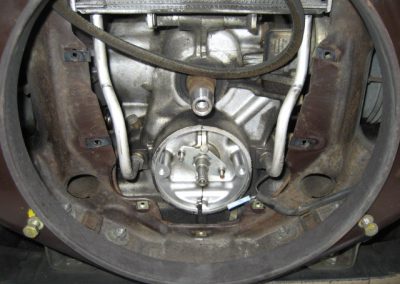 Here is how it looks like when the cooling fan, protecting rubber and original ignition device have been removed 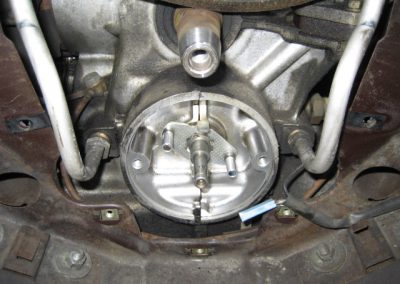 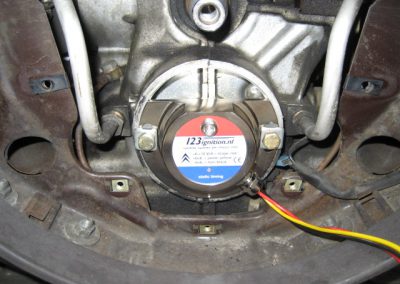 Then I install the ignition box approximately 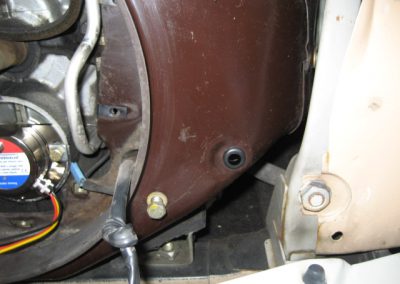 A new wiring pass-thru is included in the kit, it’s bigger than the original one, because of the additional wires

I insert the new wires in a protecting rubber tube 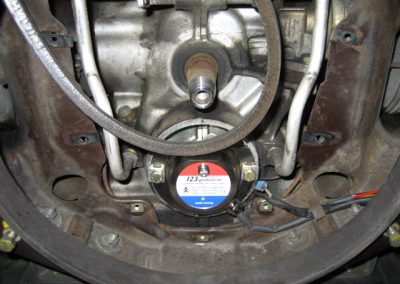 The path of the wires is important… 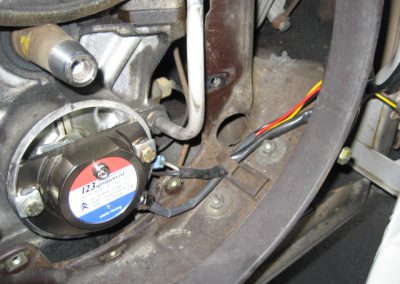 …to be sure that the fan will not hit them, of course 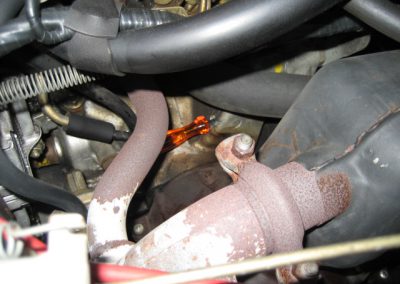 To adjust the device, the ignition setting point must be found. To do that, I insert a 6 mm shaft (a drilling bit does a great job) in the hole shown here with a screwdriver 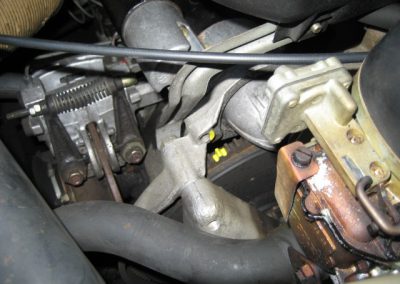 Then I turn the engine flying wheel until the shaft finds its corresponding hole on the flying wheel. I am now exactly on the ignition setting point (8 degrees before Top Dead Center). I mark it with a little bit of paint 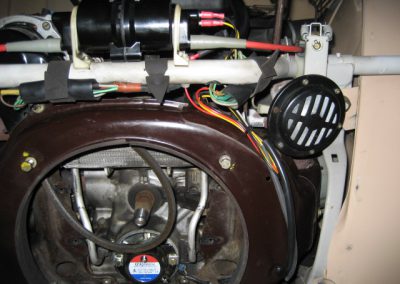 I do some connections and I begin to adjust. First, it’s a rough setting, engine not running, with a LED on the device box. I turn the box until the LED comes on at the ignition point previously set 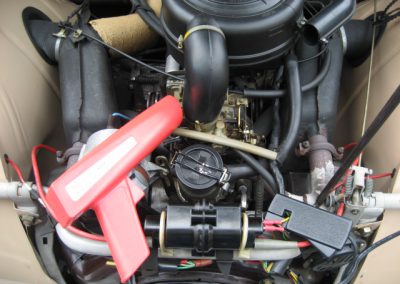 Then I do a finer adjustment with a stroboscopic lamp, this time with the engine running (and the 6mm shaft removed, of course). I use the paint mark to fine tune the ignition point 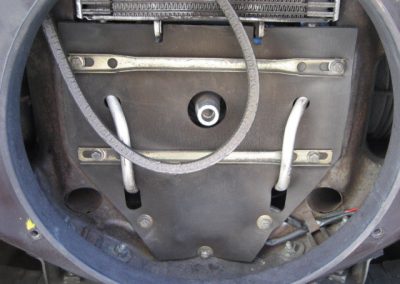 That’s it, it works, so I tighten the screws maintaining the ignition box and I put back every part I removed to get there. Don’t forget to put back the protecting rubber before the fan, like I did of course 😉